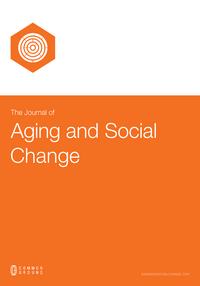 The current study compared responses from young people on cultural orientation, aging attitudes, and aging anxiety in Japan, China, and the United States. A total of 1,136 college students (357 Japanese, 434 Chinese, and 345 American) filled out a questionnaire that included an IC Scale (Cultural Orientation Scale), Kogan’s Attitudes toward Old People Scale, and a modified Aging Anxiety Scale, in addition to demographic information. Cronbach’s alphas indicated satisfactory reliability on all three scales for the three groups. The results indicate that the Japanese were significantly more collectivistic than both the Chinese and American participants, but the three groups all scored higher on collectivism than individualism overall. Findings also show that the American participants held significantly more positive attitudes toward aging and were significantly less anxious about aging than their Japanese and Chinese counterparts. For all three groups, collectivistic cultural orientation was positively correlated to attitudes toward aging, and for the Japanese and American participants, it is negatively related to anxiety level. A number of sex differences were also found. These results are discussed in the context of culture, globalization, and the evolving nature of both Western and Eastern traditional values.

This study addresses challenges associated with the non-retirement of faculty members in higher education in the United States and describes a pilot study investigating programs and services supporting faculty transitions to retirement at four-year colleges and universities across California. The study examines three types of nonprofit institutions: campuses in the University of California system, campuses in the California State University system, and private colleges and universities. The data showed that all institutions make available basic information about retirement-related finances and benefits, but that few offer services addressing psychosocial needs of faculty members, faculty desires for an ongoing sense of community with colleagues at their institutions, or faculty needs involving identity and legacy. Recommendations for institutions are provided.

My Days in Solitary Confinement: The Plight of Older Immigrant Caregivers

When politicians coldly debate “cuts” to various health support services, such as Medicare and Medicaid, many of them do not realize or care that they are adding to the stressful burdens of millions of Americans who sacrifice their lives to help a spouse, or parent, or some other loved one who needs a helping hand. Approximately one quarter of the US population has at least one chronic condition, many of these are elders who need care and assistance. In the United States alone between 30 and 38 million adults provide regular ongoing care for a family member or loved one. The stressors and burdens of caregiving have a negative impact on the health and well-being of aging care givers. Most caregivers are female with an average age of sixty-nine. The burdens of providing care can be overwhelming. Caregiving stress has been shown to result in a variety of physical and psychological concerns such as chronic anxiety, depression, and loneliness. This qualitative study explores the stressors and burdens of immigrant caregivers.