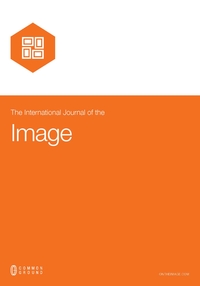 Gender-based burdens resonate in images populating mass media, social media, and art history. In early world history lack of transportation led to women literally being the conveyors of goods; conversely, the twenty-first century finds women stagnant within burdensome roles despite feminist advancements. Within the societal stratification, images portray hardships—inclusive of poverty, violence, and politics—carried by women. Weight, gender-based burdens, hauled by women can have a palpable physical existence or take on a psychological shape of enormous proportions. This article will examine the personal faces of gender-based burdens by focusing on the illustration of violence, politics, and poverty in images. Fluctuating states of poverty, violence, and politics encumber women on a daily basis. The feminization of poverty reinscribes woman’s identity as mother, wife, and caretaker. Violence and its lingering specter is an unsurmountable weight for many women in the tumultuous modern world. Feminine onus is heightened by entrenched patriarchal institutions and reaches a crest during political unrest and instability. Conceptualization of gender-based burdens manifested in images and their sequential impact on contemporary culture will be interpreted through a global lens.

Imagining Self, Nation, and History through the Wartime Propaganda Posters of the Ministry of Information

During the Second World War, the British Ministry of Information (MoI) produced posters to promote its home front campaigns and inform and motivate the public. Some posters have been republished in a variety of media over the last seventy years and are recognised today by large numbers of people in Britain. These have had a significant influence on British cultural memory and identity. This article assesses the impact of certain MoI posters on the construction and communication of personal, familial, and national identities in Britain. This is achieved through semiotic analyses of the images in light of evidence of their reception by the British public both during the war and in the present day, enabling examination of the images’ design and symbolic power. Evidence of reception in the present day is drawn from surveys and interviews conducted with volunteers in 2017. Drawing on theories of semiotics and cultural memory, this article reveals how graphic images designed for distinct purposes can, over time, serve to help people to imagine themselves, their nation, and their history. It contributes to discussions on the function of visual propaganda and to our understanding of the role of historical images in shaping cultural memory and identity.