Arts and Crafts: For the Promotion of an Ecosystem of Culture, Knowledge, and Entrepreneurship 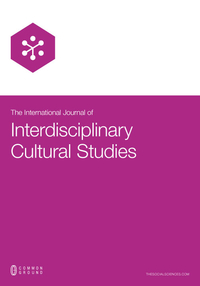 Handicrafts, arts, and crafts have been an image of cultures and places, promoting the tradition of the handmade, which has been handed down from generation to generation. Nevertheless, as a result of the increased use of technology and globalization, this important sector is dying out. This phenomenon is observed in different countries and cultures, especially in those where mass products are more valued. This is how the phenomenon of the extinction of handicrafts, arts, and crafts (HAC), is presented as a social transformation that requires greater understanding and analysis from an interdisciplinary approach. This article proposes to extract, from the members of three different cultures—Chile, Spain, and Italy—the possible common elements in this process of extinction that have arisen in these countries, through the methodology of Grounded Theory. Open interviews with institutions, artisans, and professionals linked to the arts and crafts sector, which have made their knowledge and tradition a way of life and also a way of income generation. According to the findings of this research, common elements emerge from these three countries that explain the phenomenon of the extinction of the HAC. Nevertheless, at the same time it is seen that the survival of the sector is due in part to the promotion of cultural entrepreneurship, the cultural project, and cultural education. All these elements converge on the need to generate interdisciplinary education as material for the resurgence of this sector, through the promotion of “cultural entrepreneurship.” Furthermore, the so-called creative industries encourage reinstituting these traditions to place them in a contemporary context, at the same time taking advantage of the exponential growth of technology. The union of all these elements will close gaps and unite areas of culture, territory, creativity, and business, improving the participation of future entrepreneurs and promoting public policies that help to reverse the negative effects of the HAC extinction phenomena so far experienced.

This article analyzes the discursive legitimation tactics and models of political decision in contexts of crisis employed by Vladimir Putin to legitimate Russian foreign policy. The growing international impact of Vladimir Putin’s foreign policies and the deterioration of the relationship with the United States and other western countries constitute the context of the study developed in the article. Building on critical discourse analysis as an epistemological instrument, twenty-three political discourses and interviews delivered by the Russian President between 2000 and 2018 were chosen and systematized into four textual categories: authorization, moral evaluation, rationalization, and mythopoesis. The article argues that moral evaluation and mythopoesis are the two main legitimation categories employed by Vladimir Putin in his effort to legitimate his foreign-policy guidelines and strategic perspectives. The policy significance of the pervasiveness of those legitimation categories and tactics is addressed. The paper concludes that through narratives based on moral evaluation and mythopoesis as well as through an empirical model of political decision in contexts of crisis, Vladimir Putin normalizes three core beliefs: (1) that what guides his external policies is a realist perspective of the empirical global world, (ii) that the challenges faced by Russia in the international realm have an exogenous nature, and (iii) that the policy responses to those challenges are, however, endogenous.

The Morality of Disney Films through the Years: A Content Analysis

Nineteen of Disney’s animated feature films were randomly selected to be viewed and coded using the Moral Media Messages (MMM) scale. The scale includes ten moral messages: six positive messages and four negative messages. Paired observers were used for coding and reliability was confirmed. Based on previous research regarding prosocial and negative behaviors, it was hypothesized that Disney characters before 1990 would have a higher negative moral count than characters in after 1990 Disney films. Furthermore, the researchers proposed other hypotheses including differences among more negative and positive morals according to gender and SES. An additional hypothesis included that characters who are considered the protagonist would show more positive morals, whereas the antagonist would show more negative morals. The following results were obtained in the study: negative messages deception/ego and dissing/prejudice scores were significantly higher in films after 1990 than before. Upon examining genders, males were significantly higher in “threatening” messages than females. However, females were found to be significantly higher in “forgiving” messages than males. The following messages were found significant when looking at the character’s SES: perspective taking, nurture/affection, “kindness,” deception/ego, and dissing/prejudice. When examining the roles as a function of the ten messages, the following were found significant: perspective taking, “apology,” “forgiveness,” nurture/affection, “kindness,” “anger,” deception/ego, dissing/prejudice, and “threats.” Future research will address some of the limitations mentioned in the discussion.