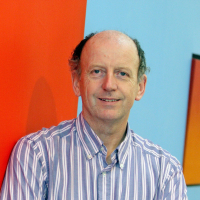 Dr. David Humphreys, Professor of Environmental Policy at The Open University, United Kingdom, is proud to work teaching and researching sustainability and environmental policy at what he regards as the world’s leader in distance university teaching. He began his career specializing in international forest policy on which he was written two books, Forest Politics: The Evolution of International Cooperation (1996) and Logjam: Deforestation and the Crisis of Global Environmental Governance (2006). His interests in heritage include the natural and built environments, with a particular interest in the reconstruction of Beirut. He has also published on climate change politics, geoengineering, the democratic regulation of transnational corporations, and the emerging jurisprudence of rights of nature. With Spencer Stober he edited the Common Ground volume Transitions to Sustainability: Theoretical Debates for a Changing Planet (2014). His academic awards include the International Studies Association’s Harold and Margaret Sprout Award (2008) and an Honorary Fellowship from the Institute of Chartered Foresters (2015).

On Sustainability Research Network Advisory Board

The On Sustainability Research Network is grateful for the foundational contributions, ongoing support, and continued service of our Advisory Board.