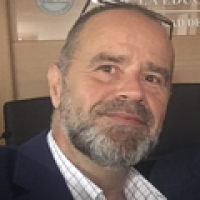 José Luis Ortega is an Associate Professor in Teaching of English as a Foreign Language at the University of Granada, Spain. From 2004 to 2008 he was Vice-Dean in charge of International Relations and from 2011 to 2015. He was Secretary of the Local Organising Committee of the International Learning Conferences held in Granada (2005), Montego Bay (Jamaica, 2006), the International Social Science Conference held in Granada in 2007, and the International Conference on Diversity (2016). A member of the scientific committee of several international journals, Dr Ortega has lectured and taught at numerous European and American universities. He is the author of more than fifty scholarly publications including books, chapters and peer reviewed papers on bilingualism, TEFL, teacher training, classroom management, and student motivation. Dr Ortega is currently heading a national Project in Spain on bilingualism funded by the British Council and the Spanish Ministry of Education.